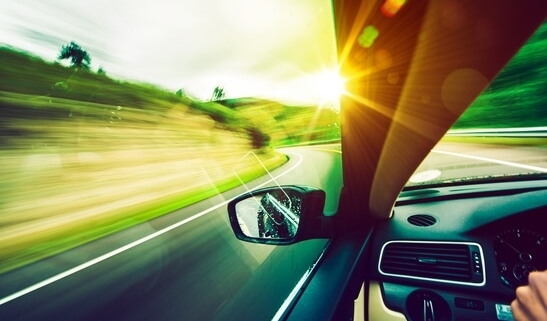 OMAHA, Nebraska. According to the Centers for Disease Control, car wrecks are the leading cause of death of teens. Every day, six teens die in crashes and hundreds of more suffer injuries due to car wrecks. But how can teens become better drivers? And why are teens at such an increased risk?

According to the New York Times, the biggest factor that puts teens in harm’s way is lack of experience. The more hours you have behind the wheel, the better you’ll be at making critical decisions. Research has also shown that brain development may also play a factor. Teens may be more prone to risk-taking than older drivers. After all, the teen brain is still very much developing.

Yet, given that many cities have limited public transportation options, parents may still encourage teens to get behind the wheel, and teens may want the freedom, which is an important rite of passage. So, what can parents do to give teens the best head start possible? One way parents can prepare their teens for the responsibilities of driving is to model good driving behavior. This means putting away your cell phone while driving and having a no tolerance policy for cell phone use behind the wheel. Some parents purchase devices that disable teens’ phones when the car is in motion.

Teens might need the extra enforcement help from technology. Cell phones are known to trigger responses similar to those that are triggered during addiction. The desire to see who has sent a text or who has called can be very hard to resist. By holding teens accountable, parents can help their teens avoid the risks. Another way to prevent the temptation to pick up the phone while driving is to require teens to place their phone in the trunk or glove compartment, or some other similarly inaccessible area while driving.

Parents can also model other aspects of safe driving, that includes fastening seatbelts, driving at or below the speed limit, and modeling defensive driving.

Finally, parents should also watch their teens’ sleep habits and prevent them from using their vehicles when they may be prone to drowsy driving. Teens are more likely to suffer from sleep deprivation due to their higher sleep needs and due to the fact that high school hours seldom take these sleep needs into account. School starts early and teens tend to go to bed late.

Teen safe driving is everyone’s responsibility. Parents should also be aware that they could be legally liable for any damage their teen drivers cause. However, teens and drivers in general cannot protect themselves from the actions of other reckless drivers on the road. Rensch & Rensch Law are personal injury lawyers in Omaha, Nebraska who help victims and families seek justice after car crashes. If you or a loved one has been hurt in an accident, visit us at https://www.renschandrensch.com/ to learn more today. We may be able to help you seek damages for your medical costs, lost wages, and pain and suffering.

How AI and Deep Learning Will Change Insurance Claims