MERRICK COUNTY, NE – The Merrick County Sheriff’s Office said five people were injured, including a child, when the pickup truck they were riding in crashed on Tuesday afternoon.

According to Nebraska TV News, the driver of a southbound Chevrolet pickup lost control on 15th Street as a result of road conditions and reckless driving. The pickup went across the roadway, rolled over and ended up in the west ditch.

Four adults and an infant who were in the vehicle sustained minor injuries and were taken to Merrick Medical Center in Center City.

Seat belts were not in use at the time the incident occurred, according to the sheriff’s office.

If you have been injured in a motor vehicle accident caused by a reckless or negligent driver, the skilled Nebraska car accident lawyers of Rensch & Rensch Law would like to hear about your case. We will put our experience to work on your behalf to help you recover the compensation you deserve. Contact us today to schedule a free consultation, either by calling 800-471-4100, chatting with us online, or filling out our form.

Crash alert: Motorcyclist killed in collision with SUV along Abbott Drive in Omaha 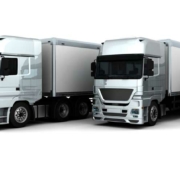