MANLEY, NE – A collision at an intersection in Cass County Wednesday left one of the drivers hospitalized, authorities said.

According to the Fremont Tribune, deputies and first responders were dispatched to the scene in the vicinity of Nebraska Highway 1 and 156th Street south of Manley at about 3 p.m.

The Cass County Sheriff said 77-year-old Ralph A Smith was driving a 2000 Buick LeSabre south on 156th Street and did not stop at a stop sign.  The vehicle entered the intersection and struck a 1978 Buick LeSabre driven by 35-year-old Shawn T. Brown of Nehawka.

Brown’s vehicle rolled and overturned, and Brown was ejected.  He was taken to Bergan Mercy Hospital in Omaha for treatment.  No details were immediately released on his condition.  Smith, a Louisville resident, refused medical treatment.

If you were seriously hurt or a loved one’s life was lost in a car accident because of someone else’s carelessness, the Nebraska car accident lawyers at Rensch & Rensch are ready to be your voice. We can actively pursue any financial compensation you may be entitled to after the crash, including lost wages, medical expenses, and vehicle replacement costs. To schedule a free case evaluation, call us at (800) 471-4100, fill out a contact form, or chat live with us on our site for 24/7 real-time assistance. 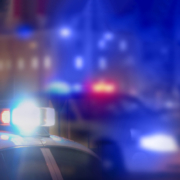 Crash Alert: Motorcyclist critically injured in crash on I-80 W in Omaha

Crash alert: Driver injured in crash involving car and tanker truck near Do...
Scroll to top