PAPILLION, NE – Authorities in Sarpy County say a man was killed in the crash of an all-terrain vehicle last week.

According to KETV, deputies arrived on the scene in the area of 120th Street and Platteview Road about a mile west of Springfield Thursday night at about 9:20 p.m.

Investigators determined that the victim, 71-year-old Edward Smith, had been riding the ATV along a fence when the vehicle rolled and he was pinned.

First responders located Smith and attempted life-saving measures, but he was pronounced dead at the scene.  No one else was in the ATV and no other vehicles were involved in the accident, which remains under investigation by the Sarpy County Sheriff’s Office.

When you or a loved one have been the victim of a motor vehicle accident, give yourself the best chance possible for recovering lost wages, medical expenses and vehicle replacement costs by contacting Rensch & Rensch Law today for a free consultation. Our Nebraska personal injury lawyers will fight on your behalf for the compensation you deserve. Contact us today by calling 800-471-4100, chatting with us online, or filling out our form. 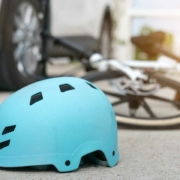 Crash alert: 3 dead after truck slams into SUV on Highway 14 in Neligh