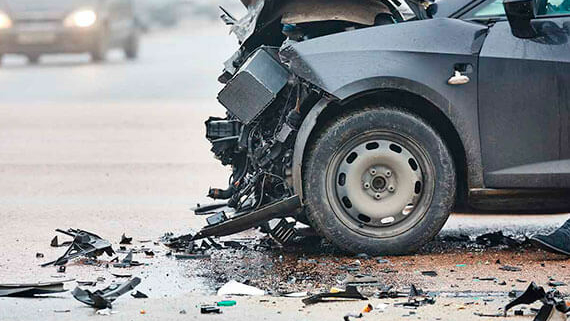 OMAHA, NE – A driver was taken to the hospital after his car slammed into a home in Omaha Monday morning, KETV reports.

Omaha police said the driver was going north on 108th Street at about 2:15 a.m. when he lost control of his vehicle and hit a house near Fort Street.

The driver was hospitalized with minor injuries.  No other injuries were reported.

The homeowner told a reporter he and his wife were awakened by the crash, which left a hole in the wall that had to be repaired.

Police were trying to determine whether speed and alcohol were contributing factors in the incident.

The intersection was shut down by the crash before reopening about two hours later.

Have you been injured or suffered property damage in a car accident caused by a driver’s negligent behavior? If so, then contact Rensch & Rensch, where our experienced Omaha car accident lawyers can assist you with your case. We can pursue the financial compensation you may be entitled to, including medical bills and other accident-related expenses. To schedule a free consultation, call us at (800) 471-4100, fill out a contact form, or chat live with us on our site for 24/7 real-time assistance.

Crash Alert: Authorities respond to crash on I-80 EB in Omaha

Crash alert: Bicyclist hospitalized after collision with pickup in midtown ...