OMAHA, NE – Authorities said a driver was killed and several other people hospitalized in a car crash northwest of Omaha Thursday morning.

According to WOWT, the collision occurred in the area of Bennington Road and 204th Street.  A witness told the Douglas County Sheriff’s Office that the driver of a sedan was going east on Bennington Road at a high rate of speed and failed to stop at the stop sign.  The sedan T-boned an SUV going north on 204th Street and rolled into a field.

The male driver of the sedan was pronounced dead after being taken to CHI-Bergan Mercy.  The driver of the SUV and children in the vehicle were taken to the same hospital, though no details were released on their conditions.

The sheriff’s office is continuing to investigate the accident.

204th Street was shut down between Rainwood Road and Bennington Road while the crash scene was being cleared.

When a loved one has been lost in an accident due to another person’s negligence or misconduct, families may be able to pursue compensation in a wrongful death claim. The Omaha wrongful death lawyers at Rensch and Rensch are here to help if you have suffered this kind of tragic loss. We can review your case and your options for seeking financial compensation. You can discuss your case with us during a free consultation, which you can schedule by calling 800-471-4100 or filling out our contact form. 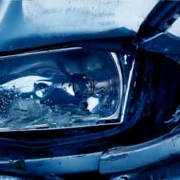