HALL COUNTY, NE – Authorities in Hall County say a teenage driver was killed in a crash on Interstate 80 Tuesday evening.

The Hall County Sheriff’s Office issued a press release regarding the incident that occurred on I-80 westbound near mile marker 295 at about 5:42 p.m.

According to investigators, 24-year-old Brody Weinmann of Falls City was driving a Ford F-350 and stopped in the passing lane because of traffic ahead of him.  A 17-year-old Doniphan resident driving a Nissan Altima failed to stop and plowed into the back of the pickup truck.

The Nissan driver, the only occupant of the vehicle, was pronounced dead at the scene. Weinmann and his 22-year-old passenger were not hurt.  Investigators said the reason traffic had slowed down on the interstate was due to a cleanup of fuel that leaked after a previous crash.

If you have lost a loved one due to another person’s negligent or wrongful actions, turn to the compassionate Nebraska wrongful death lawyers at Rensch and Rensch Law.  We will fight hard to hold those responsible accountable while seeking the compensation you deserve and need to move forward. You can discuss your case with us during a free consultation, which you can schedule by calling 800-471-4100 or filling out our contact form.

Crash alert: Passenger dies after semitrailer hits car on I-80 near Sidney 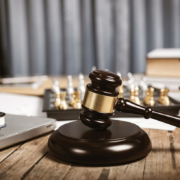