The incident happened on Interstate 480 near St. Mary’s Avenue at about 1 a.m. Police said 23-year-old Joshua M. Seaman was driving a Lincoln MK-2 in the wrong direction on I-480 and collided nearly head-on with a Chevrolet Malibu driven by 42-year-old Ray A. Sutton.

Sutton, a resident of Council Bluffs, Iowa, was pronounced dead at the scene. Seaman, of Omaha, was critically injured and transported to Nebraska Medical Center.

Authorities shut down I-480 south in the area for over four hours while the crash was being investigated. There was no immediate word on whether any charges will be filed.

An accident caused by a wrong-way driver can lead to catastrophic injuries and death. If you were seriously hurt or a loved one’s life was lost because of another driver’s negligence or carelessness, the Omaha wrongful death lawyers at Rensch & Rensch Law will work hard to secure the fair compensation you are entitled to.  Our work is done on a contingency fee basis that requires no attorney fees unless we win your case. Schedule a free consultation by calling 800-047-14100 or filling out our online form.

Crash Alert: Man arrested after standoff on I-80

Crash Alert: Construction on I-80 overpass at 24th St begins on 6/8 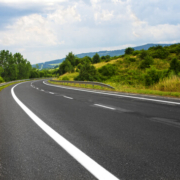 Crash Alert: Man injured after being thrown from car hood