LANCASTER COUNTY, NE – A driver was hospitalized early yesterday morning after he was involved in a rollover crash on I-80, west of Lincoln.

According to 1011 NOW, the crash happened when a man from Littleton, CO lost control of his vehicle near mile marker 390 and rolled it. The incident was reported to authorities at about 5:30 a.m.

Emergency responders transported the man to a nearby hospital. While the extent of his injuries are unclear, he was reported to be conscious at the time.

If you’ve been hurt in a crash caused by a defective motor vehicle, the Nebraska car accident lawyers of Rensch & Rensch Law would like to discuss your case with you. Whether a careless mechanic or a negligent automobile manufacturer caused your injury, we’re ready to take them on and secure the financial compensation you deserve. Contact us today by calling (800) 471-4100 or filling out our online contact form. 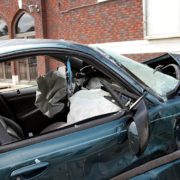