Accidents are random, and mostly insignificant events, but many can lead to detrimental outcomes that include immediate and lasting injury, property damage loss, or wrongful death casualty. A Schuyler NE accident attorney can assist victims by pursuing a necessary financial safety net through associated damage awards. 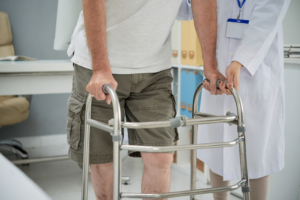 Accidental injuries may occur at work, on private property, in public buildings, during recreational outings, or in motor vehicles as common locations, and the law provides for compensation when an injured party was not at fault. An experienced injury lawyer in Schuyler NE can build a legal claim by utilizing pertinent federal and state doctrine toward a comprehensive award to cover damages.

Can victims recover damages with the help of a Schuyler NE personal injury law firm? 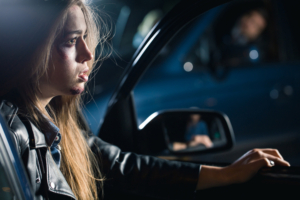 Car accidents took the lives of 230 Nebraskans last year, including 24 pedestrians. Nebraska follows a traditional fault-based system when it comes to financial responsibility for accident damages, with a requirement for accident victims to call the police and file an accident report if anyone is injured, or property damage exceeds $1,000. All Nebraskans must carry automobile insurance. ASchuyler NE car accident lawyer’s involvement may speed claims processing, civil actions, and related criminal actions along toward settlement.

Personal injury accidents occur in any setting, as a result of the action, or inaction of another, and a victim may be able to recover compensation if fault and/or liability is proven. A Schuyler NE personal injury lawyer can help the injured victim to establish that the other entity was negligent and file a personal injury claim within two years of the occurrence. Negligence can be defined as generally acting below the standard of care that a reasonable person would follow, or not acting in a manner consistent with the standard of care that a reasonable person would follow. The recovery of damages rests on proof that the other individual, or entity was the cause of the injury and owed a duty of care.

When a person becomes injured on the job, or contracts an illness that is job-related, they can make a worker’s compensation claim for monetary damages. Injuries may be caused by an accident, or event that results in physical injury, a medical condition that develops over time caused by repetitious use of a body part, or a condition associated with the workplace environment itself. An experienced attorney in Schuyler NE can help with workers’ compensation claims.

Nebraska Revised Statutes section 30-809 defines “wrongful death” as a death “caused by the wrongful act, neglect, or default” of another party. A Schuyler NE wrongful death attorney can help with a civil lawsuit that must be filed by the personal representative, or surviving family member within two years. Consult legal counsel for any deviations in this timeline. Damages in these lawsuits can include:

Schuyler NE accident victims can minimize stress by hiring competent legal counsel at Rensch & Rensch Law Offices, who can objectively speak on their behalf in a courtroom, or against an insurance company’s legal team toward a fair settlement.